When it comes to losing weight and being healthy does eating breakfast really matter? It seems that breakfast sets the beginning tone of the day as previously determined. Traditionally breakfast refers to breaking the ‘fasting period' of the prior night. Here Jessica Brown, BBC.com, reflects on breakfast being the most significant meal of the day or perhaps something else: “Along with old classics like ‘carrots give you night vision’ and ‘Santa doesn’t bring toys to misbehaving children’, one of the most well-worn phrases in the arsenal of tired parents everywhere is that breakfast is the most important meal of the day. Many of us grow up believing that skipping breakfast is a dietary travesty – even if only two thirds of adults in the UK eat breakfast regularly, according to the Association of UK Dieticians (BDA), and around three-quarters of Americans.

The clue for why breakfast is supposed to be important is in its name: we’re advised to eat it to break our overnight fast.

“The body uses a lot of energy stores for growth and repair through the night,” explains dietician Sarah Elder. “Eating a balanced breakfast helps to up our energy, as well as protein and calcium used throughout the night.”

It's true that eating a balanced breakfast helps restore our energy after a night's fast (Credit: Getty) 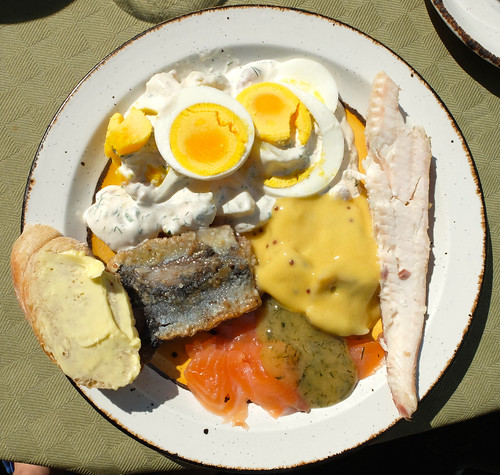 But there’s widespread disagreement over whether breakfast should keep its top spot in the hierarchy of meals. As well as the rising popularity of fasting diets, there have been concerns around the sugar content of cereal and the food industry’s involvement in pro-breakfast research – and even one claim from an academic that breakfast is “dangerous”.

So what’s the reality? Is breakfast a necessary start to the day… or a marketing ploy by cereal companies?

The most researched aspect of breakfast (and breakfast-skipping) has been its links to obesity. Scientists have different theories as to why there’s a relationship between the two. In one US study that analysed the health data of 50,000 people over seven years, researchers found that those who made breakfast the largest meal of the day were more likely to have a lower body mass index (BMI) than those who ate a large lunch or dinner. The researchers argued that breakfast helps increase satiety, reduce daily calorie intake, improve the quality of our diet – since breakfast foods are often higher in fibre and nutrients – and improve insulin sensitivity at subsequent meals, which can be a risk for diabetes.

But as with any study of this kind, it was unclear if that was the cause – or if breakfast-skippers were just more likely to be overweight to begin with.

To find out, researchers designed a study in which 52 obese women took part in a 12-week weight loss programme. All had the same number of calories over the day, but half had breakfast, while the other half did not.

What they found was that it wasn’t breakfast itself that caused the participants to lose weight: it was changing their normal routine. The women who said before the study that they usually ate breakfast lost 8.9kg when they stopped having breakfast, compared to 6.2kg in the breakfast group. Meanwhile, those who usually skipped breakfast lost 7.7kg when they started eating it – and 6kg when they continued to skip it.

If breakfast alone isn’t a guarantee of weight loss, why is there a link between obesity and skipping breakfast? Alexandra Johnstone, professor of appetite research at the University of Aberdeen, argues that it may simply be because breakfast-skippers have been found to be less knowledgeable about nutrition and health.

“There are a lot of studies on the relationship between breakfast eating and possible health outcomes, but this may be because those who eat breakfast choose to habitually have health-enhancing behaviours such as not smoking and regular exercise,” she says.

A 2016 review of 10 studies looking into the relationship between breakfast and weight management concluded there is “limited evidence” supporting or refuting the argument that breakfast influences weight or food intake, and more evidence is required before breakfast recommendations can be used to help prevent obesity. Intermittent fasting, which involves fasting overnight and into the next day, is gaining ground among those looking to lose or maintain their weight or improve their health.

One pilot study published in 2018, for example, found that intermittent fasting improves blood sugar control and insulin sensitivity and lowers blood pressure. Eight men with pre-diabetes were assigned one of two eating schedules: either eating all their calories between 9:00 and 15:00, or eating the same number of calories over 12 hours. The results for the 9:00-15:00 group were found to be on par with medicine that lowers blood pressure, according to Courtney Peterson, the study’s author and assistant professor of nutrition sciences at the University of Alabama at Birmingham.

If skipping breakfast (and other food outside of a restricted time slot) could potentially be good for you, does that mean breakfast could be bad for you? One academic has said so, arguing that breakfast is ‘dangerous’: eating early in the day causes our cortisol to peak more than it does later on. This causes the body to become resistant to insulin over time and can lead to type 2 diabetes.

But Fredrik Karpe, professor of metabolic medicine at Oxford Centre for Diabetes, Endocrinology and Metabolism, argues this isn’t the case. Instead, higher levels of cortisol in the morning are just part of our body’s natural rhythm. Not only that, but breakfast is key to jumpstarting our metabolism, he says. “In order for other tissues to respond well to food intake, you need an initial trigger involving carbs responding to insulin. Breakfast is critical for this to happen,” Karpe says.

A randomised control trial published last year involving 18 people with, and 18 people without, diabetes found that skipping breakfast disrupted the circadian rhythms of both groups and led to larger spikes in blood glucose levels after eating. Eating breakfast, the researchers conclude, is essential for keeping our body clock running on time.